The “Deep State” Warns Us About Shallow Thinking 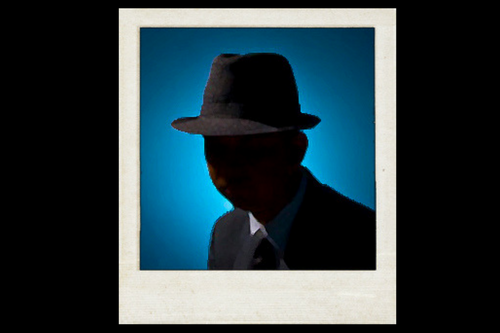 The “Deep State” Warns Us About Shallow Thinking

The air in the Starbucks on Alameda Avenue in Burbank, California, the home of Warner Brothers, Disney and Universal Studios, was filled with the rich smellof roasted coffee and the loud voices of customers ordering Tall Caramel Macchiato’s and Grande Cappuccinos over the noise of a dozen conversations.

It was summer 2005 and I was on a break from my job as an intelligence official in Washington, D.C., munching a blueberry scone while my good friend, an executive at a media giant headquartered nearby, offered his opinion on the waterboarding of CIA detainees. We’ll call my friend “Paul.”

“Yeah,” Paul said between sips of black coffee (a rare order at that particular Starbucks), “torture sucks. But if it prevents another 9/11, I can live with it.”

I choked on my scone. Hollywood is bluer than blue. Yet here was a dyed-in-the wool Hollywood Democrat agreeing with Vice President Cheney on the necessity of coercion.

Having been to Abu Ghraib prison near Baghdad and other places like it over the preceding three years, I was deeply saddened to hear such a staunch liberal defend atrocities meted out by our intelligence and military officers. To me, torture was not only reprehensible and unjustifiable under any circumstances, but also ineffective and profoundly counterproductive.

I’d observed detainees who said that Bin Laden and Zawahiri (Al Qaeda’s then #2) were overjoyed about Guantanamo Bay and waterboarding because these abuses helped Al Qaeda raise money and recruit by painting America—convincingly–as the Great Satan.

Recalling this, I said to my friend, “Sure, I am part of the Bush administration. But preventing another 9/11 is not so simple as torturing vital information out of terrorists.”

My friend looked surprised at the vehemence of my assertion—and my “liberal” point of view—as I pressed on. “First,” I argued, “counter to intuition, torture almost never yields useful information because prisoners say whatever interrogators want to hear—regardless of truth—to stop the pain. But more fundamentally, this fight [against terrorism] is a war of ideas, not armies. So policies like torture that make us lose a battle of ideas, make us less secure, not more secure.”

I had gotten really hot under the collar and had raised my voice because of my passion about the subject. If a Hollywood liberal endorsed torture, I thought, what hope was there for reason to prevail?

“OK, OK,” Paul said, downing the last of his coffee, while glancing around nervously. In Hollywood—especially at that Starbucks—everyone knows everyone, and I was embarrassing him. “Calm down.” He said under his breath. “You’re making a scene.”

But I didn’t calm down then, and I still haven’t calmed down as I survey today’s political landscape and see the same overly simplistic thinking that my friend displayed dragging our country lower and lower. So I feel compelled to violate the shibboleth against intelligence officers getting mired in politics to say something about it.

And here’s what I have to say: Our brains’ hardwired preference for simple solutions to complex problems is destroying this country.

If we continue down this path, there will still be a physical place called America, but America’s true soul as a place of tolerance and freedom will have departed.