Do Some Thoughts and Feelings Live Outside our Brain? 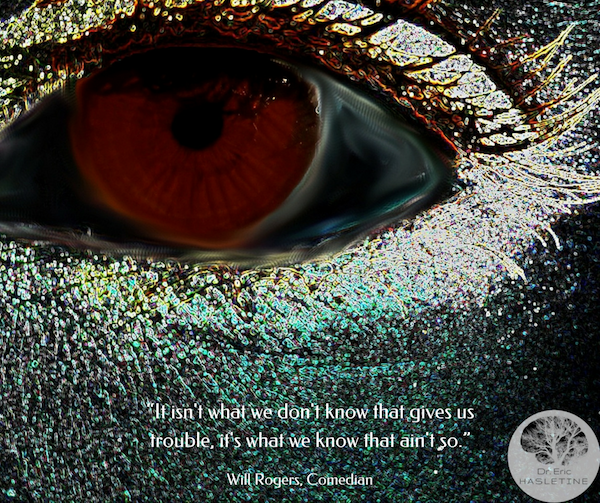 It turns out our nervous system is much more than neurons

Comedian Will Rogers observed  “It isn’t what we don’t know that gives us trouble, it’s what we know that ain’t so.”

What we know, or used to know, is:

We now know that all of these things ain’t so.

Recent research has shown that we must broaden our definition of  the nervous system  to include both our immune systems and the trillions of bacteria that inhabit our bodies inside and out.

Our immune system communicates directly with our nervous system, acting as a sensor in the same way that neuronal sensors communicate to the brain. Immune cells secrete cytokines, which act as a neurotransmitter, alerting our brains that all is not well. As a result Neuroscientists are coming to view the immune system as just another neuro-sensor alongside rods and cones in our eyes, hair cells in our inner ears, tactile receptors on skin, proprioceptors (position sensors) in our muscles and chemical sensors in our tongues and noses. For example, when our immune system attacks foreign invaders, it releases cytokines that  communicate to the nervous system, inducing “sickness behaviors” (taking it easy) and even depression.

Conversely, our immune system receives commands from the brain to change its behavior. Neurotransmitters such as catecholamines, 5-hydroxytryptamine, acetylcholine, histamine and neuropeptides, have all been shown to alter immune response. Activation of the vagus nerve, which innervates the spleen, can slow down the production of cytokines that promote release of Tumor Necrosis Factor (TNF), a major contributor to autoimmune diseases such as rheumatoid arthritis. Doctors have already begun to relieve symptoms of this autoimmune disease by electrically stimulating the vagus nerve, which instructs the spleen to decrease TNF production.

And the link between brain activity and other diseases has been well established. Chromic depression, for example, suppresses the immune system leading to increased infections, cardiovascular disease and other maladies. Conversely, happy people are usually also healthy people who live longer lives, in part due to strong immune systems.